Hansel (by everyone)
Bro (by Gretel)

His Family
Leader of His Group (currently)

Hansel is the main character in Hansel & Gretel: Witch Hunters.

Hansel is born to Adrianna and her husband. He has one sister, Gretel. They lived in a small house in the forest outside of Augsburg.

Not much is known about his or his sister's childhood. It is likely that after the encounter with the Candy Witch in the Gingerbread House, he and Gretel spent most of their childhood learning about witches and how to defeat them.

During adulthood, Hansel & Gretel hunt witches for a living.

They move to wherever they are needed, hence neither is too keen on making lasting relations with anyone they meet, leading them to appear brusque and slightly off-putting to others. He also has diabetes.

As we are introduced to the older Hansel, we notice that he is very strong and very brave. It seems that he is very much in love with his job of witch-hunting; this is seen in a deleted scene where Hansel is telling a woman of a witch that he killed, but the woman showed no interest and left for her friends. Because he spends much of his time focused on witch hunting his social skills are not the best and he can become uncomfortable when interacting with people other than his sister, as evidenced when he stutters and pauses while talking to Mina about his job occupation, and again when she starts undressing to get into the healing pool, he also seems to try to avoid conversation. He is also borderline vulgar with the way he uses his words. Being dependent on insulin every few hours, he is sometimes good with scheduling.

Hansel & Gretel arrive at Augsburg where they stop Sheriff Berringer from killing Mina, whom the Sheriff plainly wrongly accused of witchcraft, utilizing propaganda and some of his of pompousness (and a good dose of stupidity). Hansel then checks for signs of being a witch on her body, coming up negative. Then he and Gretel investigate a house in the forest where they encounter the Tall Witch. After a brief battle ensues and the Tall Witch is captured. They found on her, a scroll which tells of The Blood Moon. They arrive at the the mayor's quarters then he introduces them to Jackson, who is to help in rescuing the missing children.

Jackson says they can leave and be there in only a few hours but his plan is quickly stopped by Gretel who warns it is suicide to go after witches during the night. Meanwhile the Sheriff forces his own party to go into the woods where they meet Muriel and are all brutally killed. Hansel, Gretel and Jackson then go to a pub. At the pub, Jackson tells of the recent abduction sightings. Ben, a local, arrives and reveals his obsession over the duo's work, asking them questions right and left and severely irritating Hansel. Then a man arrives and said that there was a witch and she sent a message, before he can say anything else, however, he explodes.

Later, Gretel has a dream about her mother. Hansel then discourages her from talking about it so he roll's under the bed. The next day, Hansel is at the market buying clothes when Mina arrives and talks to him. He then tells her that when he was little, a witch made him eat so much candy that he got sick, forcing him to have to take medicine in order to stay alive. Mina offers help but he declines.

Moments later, the Horned Witch is in the forest. She is tricked into thinking that it is a boy in the woods but it was really a pumpkin dressed in the clothes Hansel was seen buying earlier. The Horned Witch then battles Hansel & Gretel, but she is eventually brought defeated by the pair. At the station, she is questioned and she says that the blood of twelve moons will soon be collected. They soon deduce that the witches need one more a child to complete the ritual, a girl born in April.

Hansel went to get the girl while Gretel stayed behind. Hansel then battles the Redhead Witch. The following morning, Hansel appears to be stuck in a tree upside down. Mina finds him and takes him to a nearby spring, where she heals his wounds and has sex with him. Later, Hansel stumbles onto an old house where he meets Gretel. There, they found out that it is thier old house. Muriel arrives and tells them the story about their father and mother, answering the main question of why it was their parents left them all those years back. Muriel then takes Gretel and stabs Hansel.

Later, Mina heals Hansel using magic. Hansel is at first horrified by Mina, who reveals herself as a 'white witch', but then accepts the fact. Using Mina's powers, they were able to bless his weapons to get them to enter the witch's lair and effectively destroy them. He decides to take Ben and Mina along with him and together they kill the Redhead Witch and many others including the Horned Witch.

Muriel manages to escape but is shot by Ben. In her fleeing they stumble upon the Gingerbread House where is all began. Muriel then reappears and kills Mina before Gretel arrives and together the two siblings fight Muriel, eventually killing her.

By the end of the film, Hansel & Gretel bring along Ben and Edward and Mina to aid in their witch hunting.

Immunity To Evil Witchcraft: He is immune to the spells and charms of evil witches. This is probably Gretel's and his most powerful defense against the witches.

Advanced Fighting Skills: He is a highly skilled hand-to-hand fighter, most likely something he developed and enhanced as he aged.

Agility: He acquired this skill through intense combat training.

Spell Casting Do to being immune to dark spells and his mother being a witch, it is inferred he is a warlock.

Weapon Mastery: He seems familiar with many weapons, but specializes in artillery. He is almost always carrying a personal gun around about the length and thickness of his arm, a gun which he obviously holds very near and dear and won't even let anyone touch it.

He is very protective towards Gretel, who is his only family. Even while half asleep, when Gretel wakes up from her dream about their parents leaving them he holds her hand in a comforting manor, though he discourages her from talking about the dream. His protectiveness is seen yet again when he is reunited with her (after she attacks him and they end up in their mother's witch layer) and asks her repeatedly in a very stern tone who caused the cuts he notices on her face, however she assures him she's okay.

Since he believes that his father abandoned them, he does not like him, at first, but after discovering the truth, he forgives his father.

He doesn't like her, for he thinks that she abandoned them, just like his father. However, after discovering the truth, he forgives her.

He had saved Mina from being wrongly executed, fallen in love with her, discovered she was a good witch and accepted her help, but she was killed by Muriel. He avenged her death, though.

Ben is like the little brother he never had. He now joins them on their journeys. But at first he didn't want to speak to Ben when they were in the pub.

At first they were enemies, later, he properly meets Edward and the both of them seem to be on good terms.

Trained in hand-to-hand combat, Hansel is more than capable of defending himself and others. Hansel seems to be tactically experienced and is able to predict most of his enemies' movements.  He usually relies on his shotgun in battle. 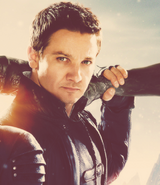 Hansel eats the candy of the Gingerbread House.

Tells of his sickness.

Sitting by the lake.

Mina and Hansel have sex.

Mina has sex with Hansel.

Staring at the Gingerbread House.
Community content is available under CC-BY-SA unless otherwise noted.
Advertisement